Postpartum Mood Adjustment Disorder (PPMAD or PPMD) is considered the number 1 childbirth complication. It is an intricate situation and because not everyone will get a diagnosis or seek support it’s hard to know exactly what the picture is. It’s estimated that 12-20% of new parents will suffer from a form of PPMD or another.

There is unfortunately too much stigmas and our expectations on how severe or the type of symptoms that should be present leave people falling through the cracks. It can present itself as postpartum depression, postpartum anxiety, postpartum OCD, PTSD or even a combination of these things.

In an attempt to start an honest conversation about the struggles of PPMD, a friend gave me permission to share her true story:

As someone well-educated, I know I should have seen the signs sooner. I had an amazing homebirth with my second child and had gotten everything I wanted, but the days leading up to that labour had been highly stressful. I’d had weeks of start and stop labour and the discomfort of pregnancy had gotten to me to the point that I just wanted my body back after 9 months. I had some difficulty getting her to latch well, and that put me through a few sleepless weeks as I tried to figure out breastfeeding this new baby. I didn’t understand it because with my first it had been easy. Combine all that with the stress of raising a toddler, being a stay at home mom with NO help most of the time, and it was all brewing under the surface.

My marriage was on the rocks. There was also tension with my husband and his father, so we were looking to move out of our spacious upper-level suite in his house and get our own place, even though we didn’t seem to have much luck finding a rental in our price range.

I kept busy. I didn’t have time to break, but I remember always feeling like I was on the edge of doing so. Because I had convinced myself that my life was “just hard” because I had no help and very high need kids, I didn’t think much of it. Postpartum Depression didn’t seem possible because my baby was 3 months, then 6 months, then a year, and really I felt I should be over it by now.

I didn’t tell people what was going on fully. Some friends would hear a bit of what was happening, but I gave different people different details and then I did a lot of reading and self-help exercises to fill in the blanks. I was painfully aware that our mental health resources are hard to come by, and I felt there were moms out there who needed it more than I did, so I suffered silently. I had no idea that by not addressing it early, I would wound up suffering for 3 years! 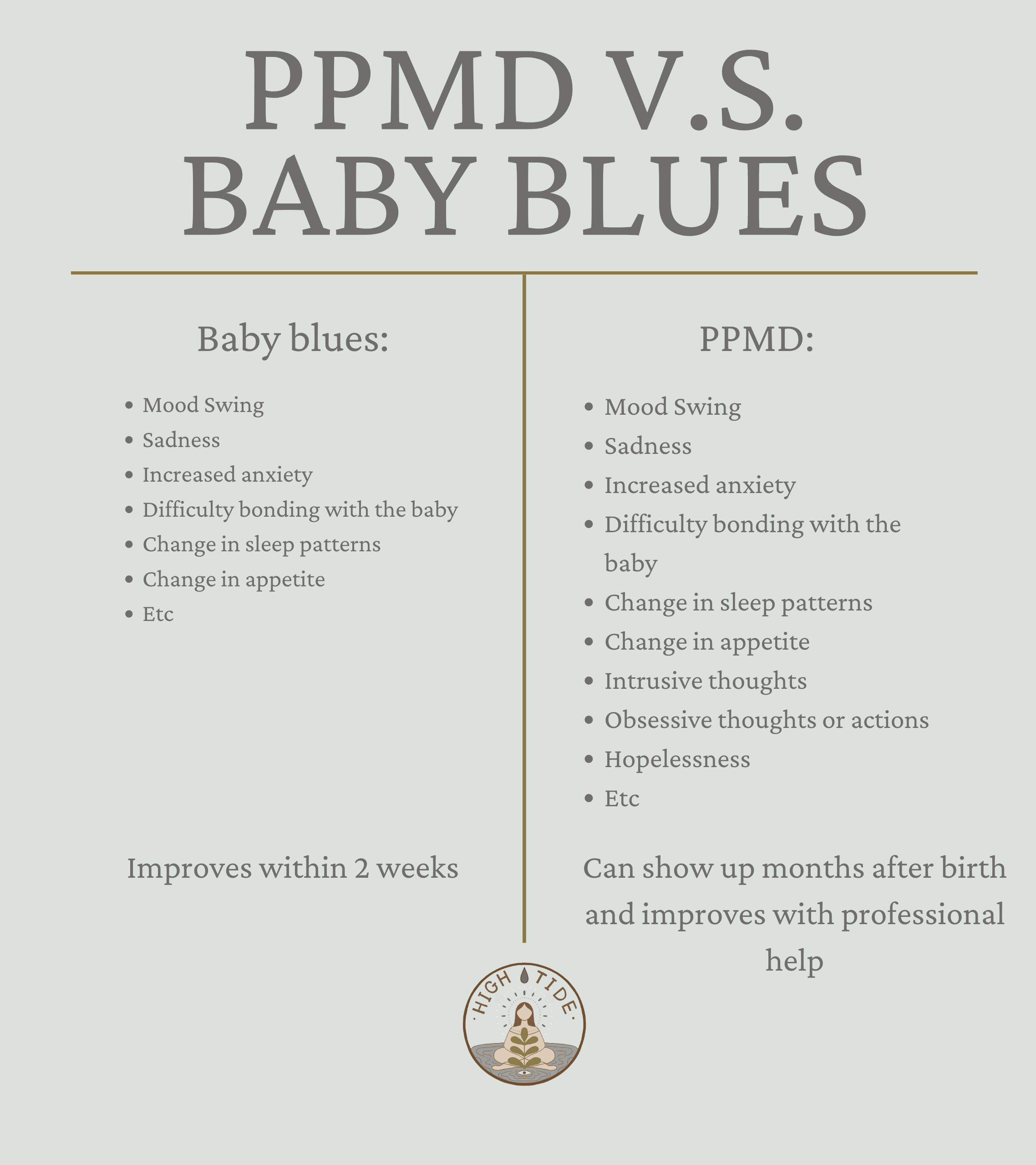 The day I figured out that I needed help was the day that I had desperately asked for it and didn’t get it. The kids were loud, energetic, and I had not had any time to myself for close to a month. My husband was working extra hours at the shop so he was hardly home and my family lived too far away and didn’t come out very often. I didn’t feel right asking my friends who also had young kids to come take mine, so I didn’t ask.

But that day, I just broke. I could feel that I was losing control and so the first call I made was to my husband, asking him to come home. He said he would be home in a few hours (he was NOT). I then called my sister 3 hours later, when I realized that my husband wasn’t actually coming home. She informed me that as a single mom, she NEVER got a break, and didn’t take my complaint and cry for help seriously. She told me to wait 2 more hours.

When she arrived she brought takeout and then took the kids to the park, but that one hour wasn’t enough for me to recharge. Then my husband came home, exhausted from work, and because he was also stressed he decided that he was going to the neighbour’s to hang out since it was his buddy’s birthday. So there I was, sandwiched between two kids in bed, feeling more and more out of control like I was losing my mind.

OTHER moms made it work, and I was failing. OTHER moms had 4 kids and here I was not able to handle 2! And OTHER moms didn’t let their house get this messy. They didn’t feel so tired all the time. They actually could fall asleep at 2am instead of lie awake in bed unable to think about anything but how much they were failing.

I had written letters from the time my daughter was about 2 months old to just over 2 years, and to look back they are heartbreaking. In those letters I was basically telling my husband that I would stick around long enough for my baby to finish breastfeeding at 2 years old, but then I wanted to die. I didn’t want to do this anymore. I imagined running away, taking a bunch of pills, or worse.

That night though, I used all my willpower not to go into the bathroom because I didn’t want to tempt myself with the pills or the razor. I had Ativan for my anxiety, but I didn’t take it often because it makes me sleepy, and that night I considered taking all of them.

The music from next door added to my frustration as I thought about how my husband got to go out and do whatever he wanted while I was stuck at home with the kids and how I didn’t really WANT to go out and be with people, but I DID want to be left ALONE for once! I wanted to be free.

I also really needed to smash something.

I am thankful that even in my moment of desperation I was able to calculate certain risks and I made sure that what I was going to throw would definitely smash to pieces and it wouldn’t be missed. I probably should have thought of the clean up afterward, but in that moment I wasn’t thinking that far ahead.

I found a bunch of mason jars full of peaches that had unfortunately not been canned properly and needed to be cleaned out. I had been avoiding this task for months because I just didn’t feel up to it. There was already so much in my day and it was an effort just to remember to make dinner every day.

I picked up those jars (there were six of them) and I took them to my front door. Then I threw them as hard as I could. The first one bounced off the fence. The next one smashed. Then another and another until my hands were empty and I had nothing left to throw.

The next day my husband told me I needed help, and I called the nurse’s hotline asking how I could tell if I was having a nervous breakdown. I was advised to go to the hospital. I spent 3 hours crying hysterically because I was just so overwhelmed and had likely bottled up 3 years of stress.

I wish that I could say that they helped me, but the reality is that I had waited far too long to seek help and the wait list was long. I didn’t get a call to set up counselling for another 6 months. I wish I had reached out for help sooner when I first felt like I wasn’t coping well.

My advice to the ambitious moms who like to just figure things out for themselves is this: do NOT try to be Super Mom. If you’re not coping well, if you’re always tired, feel like you’re always failing at something, or if you wonder if your kids would be better off without you, then tell someone you trust. Reach out and get that help so you can get on that list sooner rather than later, and so you won’t be 3 years out of postpartum still having those thoughts and feeling like you can’t do anything right.

And if you feel the need to smash a bunch of mason jars, then make sure they’re not full of rancid peaches.

This story was bravely shared by someone I will keep anonymous. Her text wasn’t modified. I ask that we respect and abstain from judgement.

If you would like more resources on Perinatal Mental Health, I suggest reading Impossible Parenting by Olivia Scobie. This book is available in my landing library, you can email me in order to see if it is available. With that being said, I will always strongly encourage people to contact their Health Care Provider and seek therapeutic treatments from a professional if they think they have postpartum depression or other signs of PPMD.